Clearwater Alaska Outfitters hunting camps have had an exceptional harvest record on trophy moose since the camps beginning in 1997. Moose that we typically take are HUGE and have very good antler palms with wide brow palms and lots of tines. We typically average between 58″& 63″ with at least one bull in the mid to upper 60′s each hunting season. 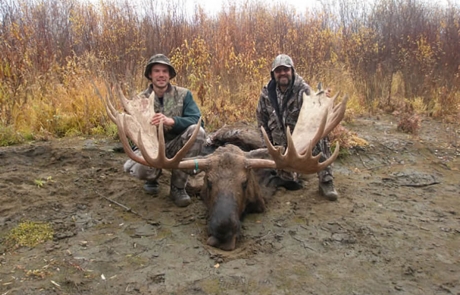 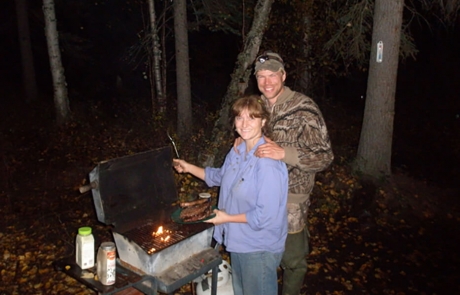 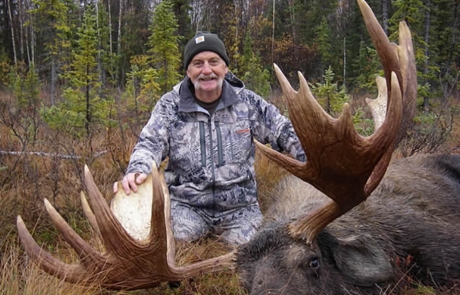 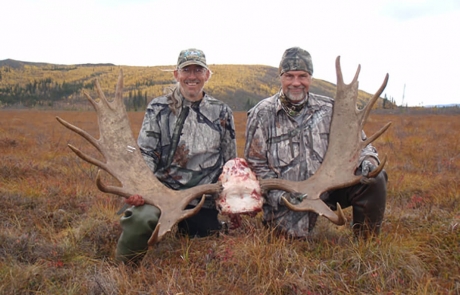 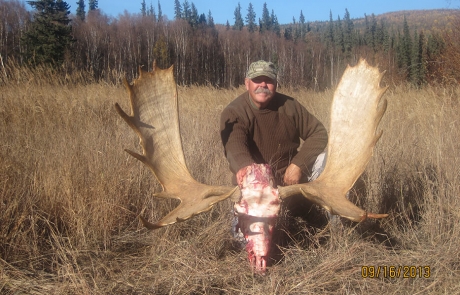 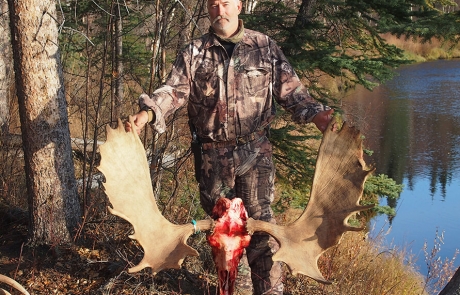 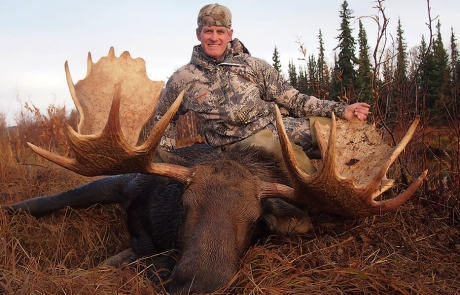 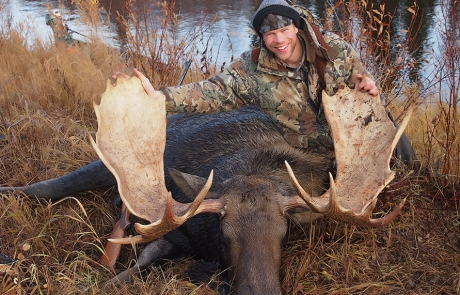 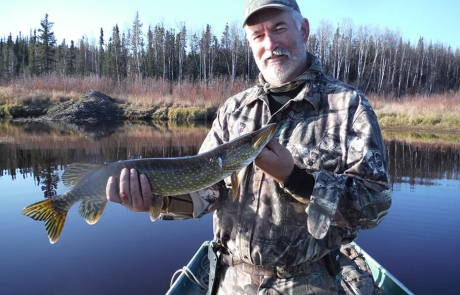 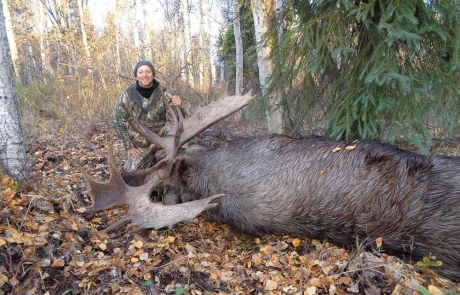